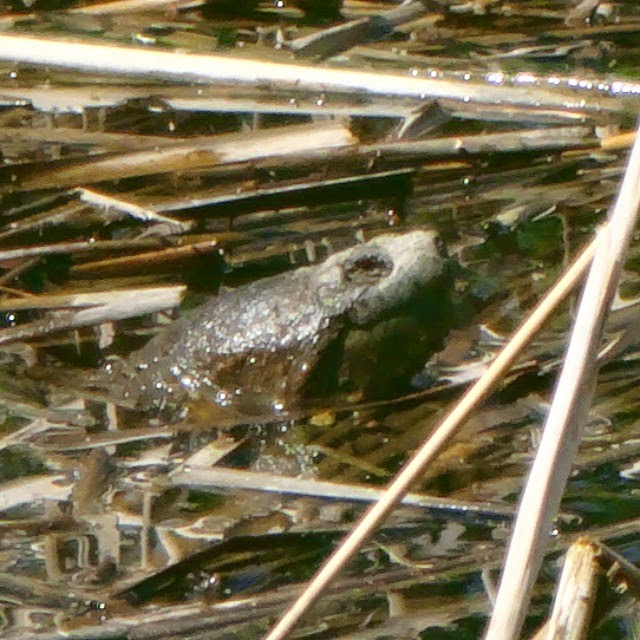 Until yesterday morning when I spotted its peering from the matted cattails where a dozen or so smaller turtles were basking.  Such an awesome, ancient-looking face.
Posted by Paula Lemire at 12:08 PM