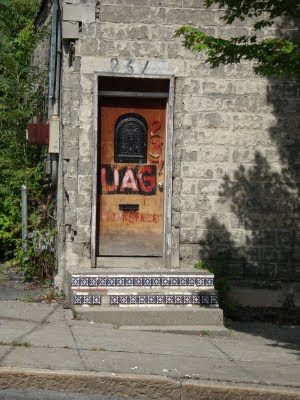 This little building on Sheridan Avenue below Lark Street wouldn't have caught my eye if note for the damaged, but pretty tiles decorating its steps. But it's the use of a 19th-centruy fireplace insert on the door that stands out. I have an old fireplace with a similar insert and I've fond of these. Using it as window bars is a rather interesting idea.

The building used to house L'Esperance Tile Works (do check out their work...it's beautiful) and has most recently been used as workspace by the Upstate Artists Guild (hence the lettering on the door).

Posted by Paula Lemire at 12:43 PM No comments: 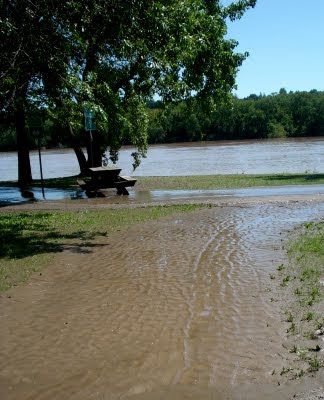 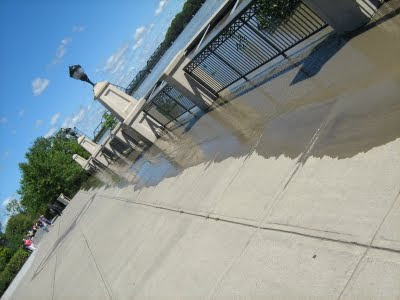 Yesterday, what was left of Hurricane Irene swept through Upstate New York with heavy wind and rain. I live on high ground near the Center Square of Albany and got through the storm with no problems. The lights flickered once or twice, but the power stayed on and so did the internet. I spent most of the day following the storm on Twitter and Facebook.

Today, the sunny is shining and the air is so fresh. You almost wouldn't know a storm had passed...but don't let that fool you. There are major problems today. There's massive flooding to the south and west of Albany. Areas like the Schoharie Valley, Montgomery County, Scotia, and the Stockade in Schenectady are especially impacted as the Schoharie Creek and Mohawk Rivers rise.

Around noon, I went down to the Corning Preserve along the Hudson River. With hours to go before the Mohawk River crests and still more before the Hudson crests, the water was already the highest I've ever seen. The path leading north towards the boat launch was completely submerged and water was already spilling over the retaining wall at the amphitheater.

Walking south along the Preserve, I saw tiny (but swift) whirlpools near the OGS pump station. Further down, the water had flooded the road near the pedestrian ramp to the Dunn Memorial Bridge and was rising beneath the underpass leading out to Broadway. You could see water bubbling up through grates and even through little fissures in the pavement.

Just ten minutes or so after the photo above was taken, the water was already starting to edge across the compass inlaid in the pavement. Debris was also seen rushing down the river, including pieces of docks with boats still secured.

I've posted an album of photos on Facebook. The album is set to public and can be viewed here.

Posted by Paula Lemire at 3:02 PM No comments: 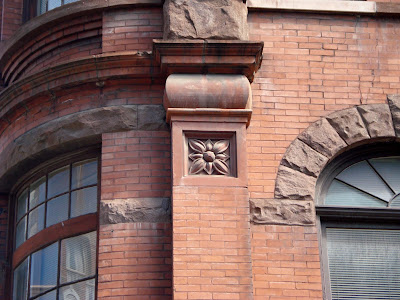 Nice floral detail on the corner of North Pearl and Lodge Streets.

Posted by Paula Lemire at 12:08 PM No comments: 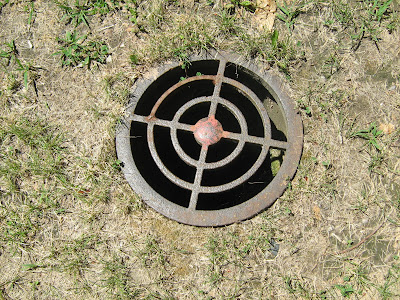 An interesting target-like grate on some sort of small drain in Academy Park.

Posted by Paula Lemire at 8:22 AM No comments: 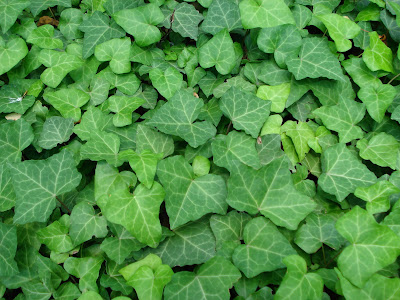 A bed of ivy in the Empire State Plaza's Vietnam Memorial courtyard.

Posted by Paula Lemire at 9:31 AM No comments: Not long after I started this blog, I wrote about a tiny, forlorn house on Madison Avenue. One of the oldest on the block, the little house had suffered from extreme neglect in recent years.

Sadly, this building could not be saved. Slowly, over the course of this spring and summer, the current owner demolished the building by hand. It came down beam by beam and brick by brick. Until there was nothing left.

The beams in the photo above are new. I don't know what the owner's plans are, but it's clear he is building something there. 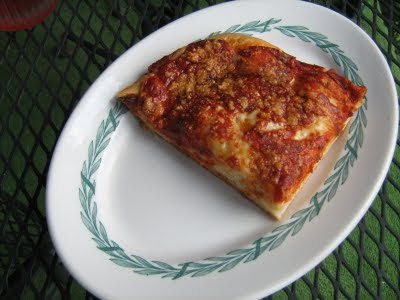 My partner is Brooklyn-born and raised and he knows good pizza. He's also very critical of most of the pizza available here. I'm a self-taught cook and learned to make pretty good pizza from scratch about fifteen years ago.

I've never actually been to L& V Pizza in Brooklyn (yet), but I've heard a lot about it. So, I decided I'd recreate one of their square pies...without a recipe. I figured he'd like that.

The result is pictured above. Sometimes, I impress myself. As good as it looked in the pan and on the plate, it tasted even better.

After dinner, my partner was busy texting photos of it to friends back in Brooklyn and posting pictures on Facebook. Which apparently resulted in people licking their phones and drooling on their keyboards

(I'm not a serious food photographer by any means. That's not counting the occasional cell phone pictures taken for Facebook. I'm usually too hungry to bother arranging the food just so for a nice picture.)
Posted by Paula Lemire at 10:51 AM No comments: 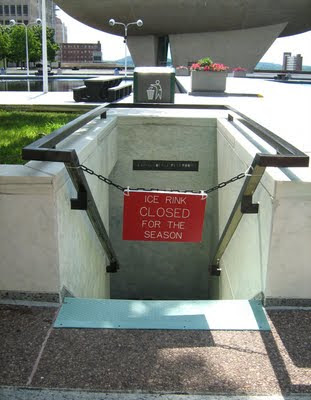 Stairs descending from the Empire State Plaza's main platform to the old Skating Lounge. The red sign strikes me as a tad ironic since the ice rink has been closed for several seasons already and, with all the usual budget issues, it probably won't open this year, either.
Posted by Paula Lemire at 9:41 AM 1 comment:

The Steps At St. Mary's 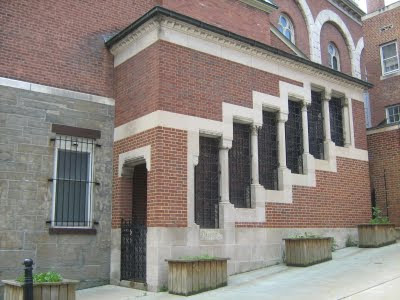 A flight of enclosed steps along the side of Saint Mary's Church overlooking Chapel Street.
Posted by Paula Lemire at 10:22 AM No comments: