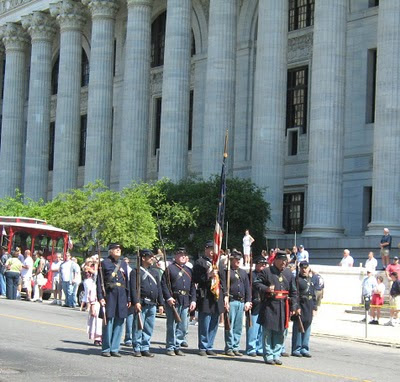 Civil War reenactors marching down Washington Avenue during the 2010 Memorial Day Parade.
Posted by Paula Lemire at 3:16 PM No comments: 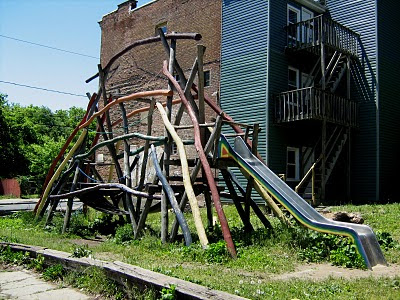 I'm used to the little pocket-sized parks and playgrounds that dot the city. Some are smaller than my own backyard. Some are just a stretch of grass with a bench. Some have - or had - tiny swimming pools or swings. Some seem better maintained than others.

Yesterday, I had some real estate errands to take care of in the South End. I've never really ventured into that part of the city before, except for brief walks to the Schuyler Mansion and the renovated Howe Library.

Walking over Clinton Street, just a few short blocks south of the Mansion and library, I came across this neglected, but very unusual...and unexpected...playground.

There's not too much to it. A corner lot of grass and patchy weeds and this sole sliding board, itself a odd structure of painted tree limbs around a sagging little bridge and a slide with a rainbow on its side.
Posted by Paula Lemire at 12:16 PM 3 comments: 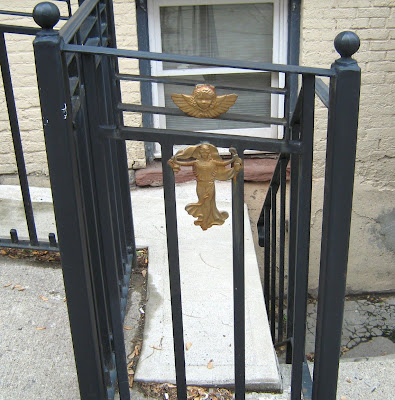 The railing in front of an older building on Columbia Street near the corner of Chapel Street features some distinctive decorations, including a sweet cherub's head and a regal classical-style maiden.
Posted by Paula Lemire at 9:45 AM No comments: 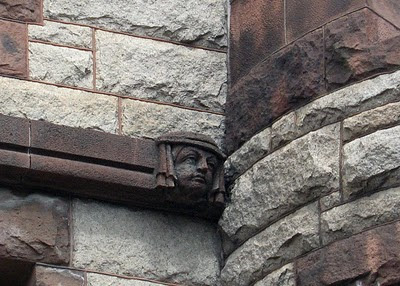 There are quite a few stone faces hidden around downtown Albany. Once you start to notice them, you never know when you'll look up and find another one staring down at you. Of course, the State Capitol's exterior has a number of such decorative faces and there's the pair I recently encountered on State Street.

This plump face with its pockmarked stone skin and draped Renaissance-style hat is tucked high above a side-entrance to City Hall on Corning Place. Its expression is one of indifference...or maybe just plain boredom.
Posted by Paula Lemire at 9:14 AM 1 comment: 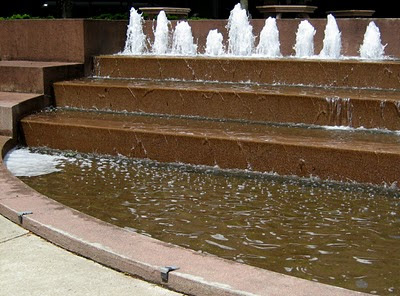 One of these days, I'll post about the Plaza's past...Elm Tree Corner, Tweddle Hall, a gorgeous old bank building. But, for now, I'm just going to enjoy the fountain which is finally on for the season...and an iced coffee.
Posted by Paula Lemire at 9:41 AM 1 comment: 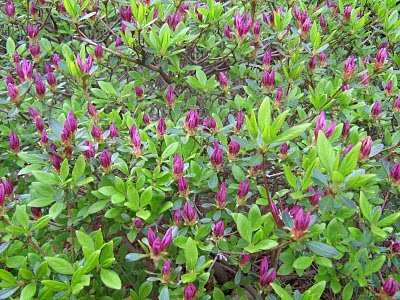 It's unseasonably cold today and, earlier this morning, it was so foggy that I couldn't see across the street from my bay window. A scene like that sent me looking for pictures of spring such as these buds on Beaver Street below S. Pearl.
Posted by Paula Lemire at 9:34 AM No comments: 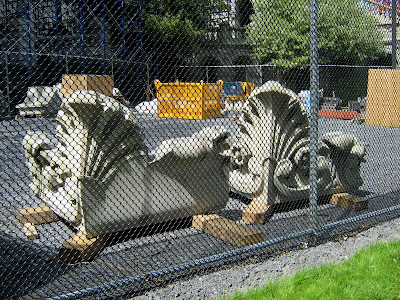 It's not often that one gets such a close-up look at the ornately carved stones which crown the upper stories of the State Capitol. These two lovely pieces were at eye-level, waiting for the massive crane to raise them up as part of an ongoing exterior restoration.
Posted by Paula Lemire at 12:39 PM 1 comment: