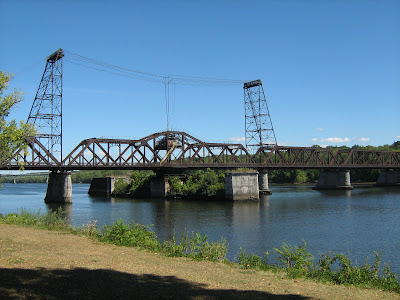 Looking up at the underside of the bridge, it's easy to see the effects of a century of use and corrosion. But it's estimated that the cost to replace the bridge - which still actively carries both freight and passenger trains across the Hudson River - is well in excess of $50 million.
Posted by Paula Lemire at 1:31 PM